The common dolphin is the name given to two species of dolphin making up the genus Delphinus. Taxonomists and Cetologists usually recognise two species  the short-beaked common dolphin, which retains the systematic name Delphinus delphis, and the long-beaked common dolphin Delphinus capensis.
Despite its name, the common dolphin is not the dolphin of popular imagination; that distinction belongs to the bottlenose dolphin due to its widespread use in marine parks and its appearance in the television series Flipper. However, this dolphin was the most frequently represented in the art and literature of ancient Greece and Rome.

There are no reviews yet. 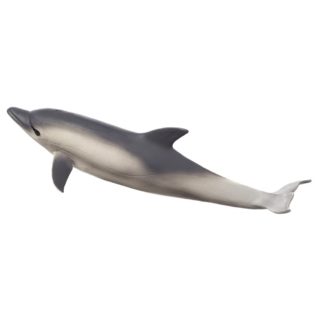