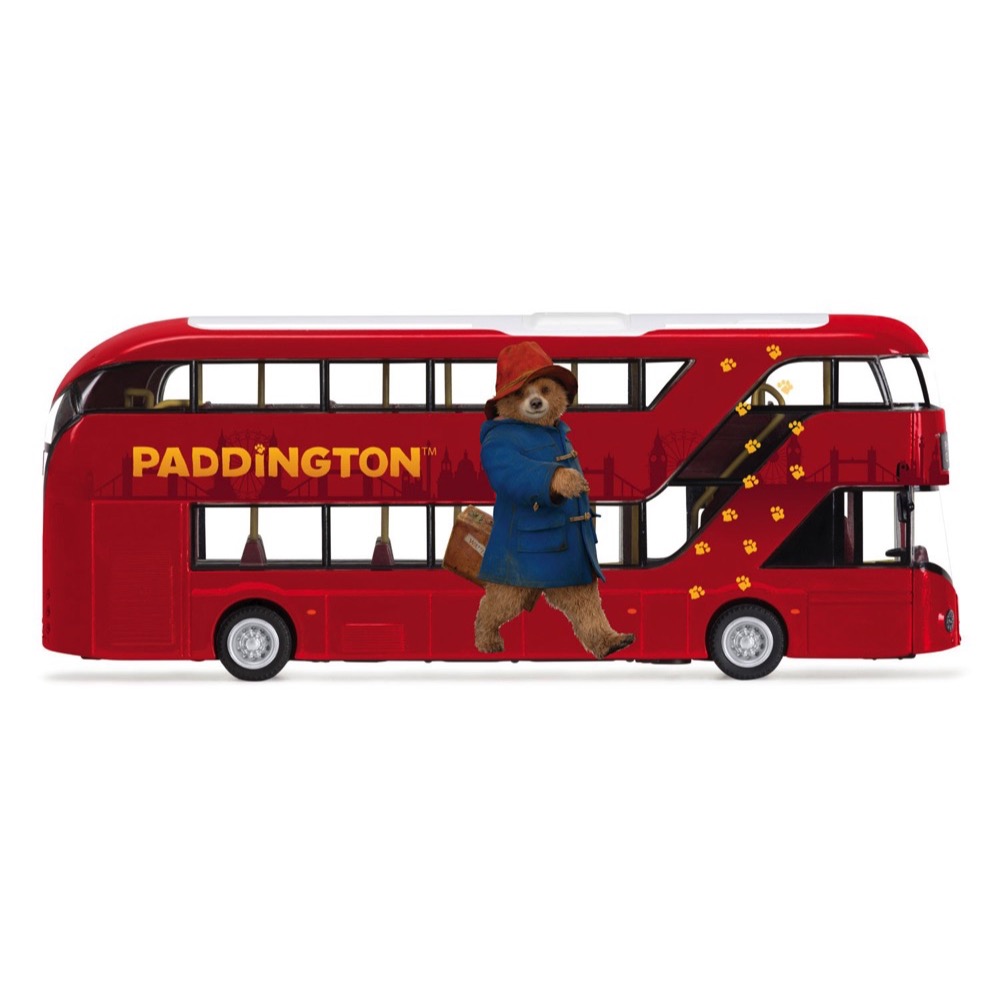 Michael Bond based Paddington Bear on a lone teddy bear. He noticed the bear on a shelf in a London store near Paddington Station on Christmas Eve. This was way back in 1956. Two years later in 1968 the first book was launched and was followed by an animated television series in the 1970s. The rest is history as they say with Paddington Bear now an iconic children’s character. Loved by so many adults and children all around the world.

Corgi has some fantastic Paddington Bear models which would make ideal gifts for Paddington fans.

Whilst on one of his adventures around the big city, the ever-young Peruvian bear seems to have had his marmalade clad paws all over this iconic black taxi! Paddington is well known for his love of Marmalade. He often carries a jar in his suitcase and always keeps a marmalade sandwich under his hat in case of emergencies!

This Taxi is the perfect accompaniment to the Corgi Paddington bus. It even includes a resin figure of the bear himself. Paddington is well known for loving adventure, especially in his adopted city of London.

On his travels, Paddington often sees 1 of the 1000 new Routemaster buses. These buses have been manufactured for the city of London since 2012.
This specially packaged Routemaster features a Paddington livery and route 1 Paddington destination board.